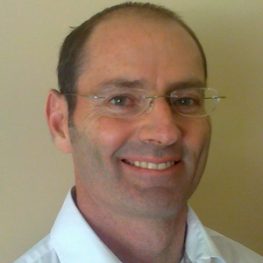 Dr Belsham has been in private practice as a child psychiatrist in Johannesburg for the past 15 years.

In his undergraduate years, he was awarded the Kurt Gillis Memorial Prize in psychiatry in 1993. He obtained the degree of MBBCh in 1994. He was admitted as a Fellow of the College of Psychiatrists of South Africa in October 1999. He was awarded the degree of Master of Medicine in Psychiatry in November 2000 and was the joint recipient of the Louis Franklin Freed Prize for the most distinguished postgraduate student for the Master of Medicine degree in Psychiatry. He obtained the Certificate in Child Psychiatry (SA), in October 2003.

He worked from 2001 to 2003 in a consultant post in the Department of Psychiatry, University of the Witwatersrand, Johannesburg, as part of the postgraduate child psychiatry training programme. This entailed involvement in multidisciplinary child psychiatry teams and pioneering a child psychiatry clinic in the Orange Farm area.

He has published articles on a variety of subjects. He has delivered numerous presentations to various bodies, including local and international scientific meetings, educational groups, churches and schools. He has appeared on television and spoken on radio. His book What’s the fuss about ADHD? explores the current controversies around ADHD and its treatment. His special interests include ADHD, early parenting and attachment, the prevention of mental illness and anxiety disorders. You can follow his blog at www.drbelsham.com/blog, or facebook: ‘Dr Brendan Belsham’

Dr Belsham is married with 4 children.