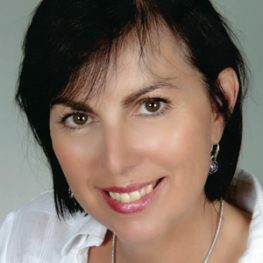 Cathy is a Speech and Language Therapist and Remedial Therapist.
Cathy’s foundation degree was in the Speech and Drama and she really thought this was where her future would lead her. However, in her third year of study, she was required to do a Television Documentary. Cathy and her friend chose to do it in ‘A Day in the Life of a Disabled Child’. They both became so passionate about their adventure with these children, their stories and the therapies they needed …a truly life changing experience. Hence, no honours in Speech and Drama with her peers, but a gap year and then off to UCT to start again – a BSc in Logopaedics. She says the best decision she ever made! And 30 years later… here she is!

She did a Remedial Therapy course in the late 90’s at the old RAU to gain more insight into reading and spelling challenges (and proved to herself that one could study and write exams with a brand-new baby and a toddler in tow).

Mike and Cathy have been married for 26yrs and they have two sons, both of whom are currently studying at Wits and whom are both home, after boarding school and undergrad years in the Cape. Their household is a busy one, with friends in and out, coping with late nights, lifts, Ubers… they love it!

She is a coastal girl at heart – grew up on the Natal South Coast and when possible, she loves to get to the beach, saying any holiday is good! Exploring new destinations – She has done a few and has a few on her bucket list!